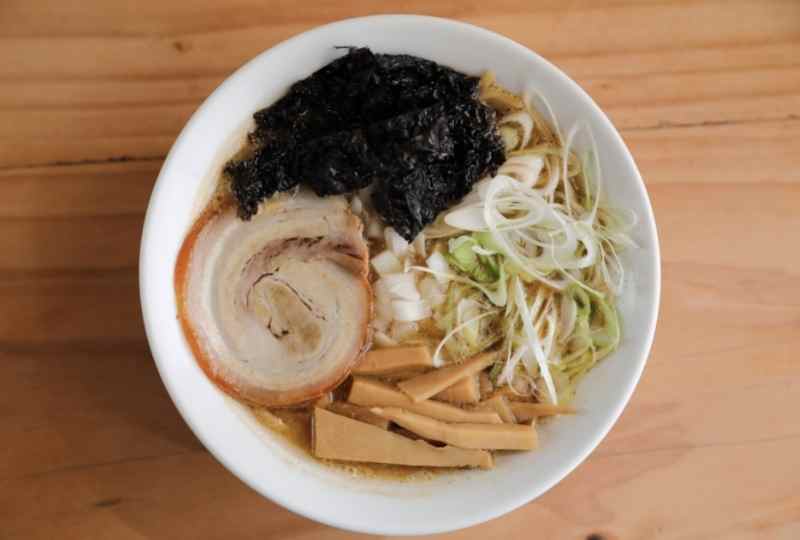 Japanese cuisine is famous around the world for its taste, variety of seasonal dishes and a wide range of health benefits.

With its aesthetics of beautifully presented food and the use of fresh, high quality, seasonal ingredients, it’s no wonder that Japanese dishes are so delicious and loved by people around the world.

A typical Japanese meal is based on a combination of staple foods, which generally include rice, noodles and soup/hot pots. In fact, an average Japanese meal consists of six times more rice per person than an average American meal!

Dishes like sushi and ramen represent Japanese cuisine in many parts of the world. However, the local dishes that are still exclusive to Japan are yet to make their way in the rest of the world.

Sushi is quite possibly Japan’s most famous foodie export and a dish you will likely be very familiar with. Sushi come in all shapes and sizes but at its main ingredient is vinegared rice which is tightly packed and paired with a very wide variety of ingredients.

Raw fish is one of the most well-known sushi ingredients as well as other seafoods such as tuna, crab meat, squid and salmon. There are also many vegetarian types of sushi.

It is typically eaten with chopsticks and dipped in soy sauce, wasabi or pickled ginger.

Sukiyaki is a type of Japanese hot pot which consists of thin slices of meat slowly cooked with vegetables and tofu. The vegetable side dishes vary depending on the taste and region, but some of the most common ones include spring onions, Japanese mushrooms such as shiitake, konjac root or noodles, and leafy vegetables such as Chinese cabbage.

The broth is usually made with soy sauce, sugar and mirin (a type of rice wine) and has a sweet, savoury taste. The ingredients are typically boiled in the broth and then dipped in beaten, raw egg yolks and eaten.

This dish also has regional variations and varies from family to family. In Osaka, for example, the meat is cooked first and all other ingredients – including the soup – are only added afterwards.

Shabu Shabu is a similar dish to Sukiyaki, but differs fundamentally in two ways: the soup base and the cooking method. A clear kombu broth is usually used for Shabu Shabu and the ingredients are dipped in ponzu (a soy sauce with a citrus flavour) or sesame seeds and then served.

The ingredients themselves are quite similar, although Shabu Shabu uses a wider variety of meat (chicken, beef) and seafood (lobster).

Also known as Tonkotsu Ramen, this special recipe is prepared with a milky, creamy and fatty broth that is cooked from pork bones for hours to days. In its base of water and pork bones, a Tonkotsu broth consists of pork feet and/or pork tails.

What makes a good Tonkotsu Ramen? A great Tonkotsu broth is rich in fat and dissolved gelatin. Many Tonkotsu lovers attribute the soft mouthfeel to the fat content, which is actually lower than one might assume.

In reality, the velvety texture is due to the cartilage and connective tissue that surrounds the bones and contains an extremely high amount of collagen. All collagen-rich pieces of the pig are therefore suitable for a Tonkotsu.

Above all, Hakata Ramen includes the feet, which are an integral part of every Tonkotsu broth. Muzzles and tails are similarly rich in collagen.

This hearty is a sumo wrestler favourite! If you haven’t already heard of this dish before, chanko nabe is high in protein and calories with different sumo stalls having their own set of recipes for this dish.

Typical ingredients are meat or fish balls, chicken, tofu, udon, soba and vegetables such as daikon, mushrooms or Chinese cabbage. The ingredients are simmered in dashi or chicken broth, which is seasoned with mirin or sake.

Onigiri are little rice balls wrapped in seaweed and stuffed with various different fillings. One of the most visually pleasing Japanese dishes, Onigiri are eaten as a wholesome quick snack.

Shiokara refers to fermented offal from various sea creatures which are sprinkled with salt and seasoning. Anyone who has tried Shiokara remembers the salty, penetratingly spicy taste of the fish innards that digs deep into the palate and tongue and makes no move to disappear for hours.

That is why the Japanese have developed a strategy to truly “enjoy” Shiokara: The fermented intestines are swallowed as quickly as possible without chewing and their taste is then washed away with pure whiskey. Cheers to that!

The name is a combination of katsu (breaded schnitzel) and oyakodon, which literally means “parent-child rice bowl.” This refers to the ingredients used in the preparation of Katsudon, namely chicken, egg and spring onions.

The ingredients are simmered in a sweet sauce made from soy sauce and served over rice.

Unlike its famous cousin ramen, the noodles in Tsukemen and the soup are served separately. The ingredients for Tsukemen are dipped into the hot soup.

The dish was invented in 1961 by Yamagishi Kazuo, the late owner of a Ramen restaurant in Tokyo, and is now available nationwide and in some other parts of the world.

In today’s versions, soba and udon are often used as noodles and the soup is much more concentrated than regular ramen broths. This makes the taste much more intense.

Somen are the ideal noodles for the hottest summer days. They are made from wheat flour and are very thin and white. Usually, they’re dipped in Tsuyu, a sauce made from soy with bonito flakes and vegetables such as ginger or spring onions.

They can be served hot in a soup, but are much more common as a cold summer dish. A truly refreshing way to survive the intense summer heat!

Daifuku, which literally translates to “great luck”, is a typical Japanese sweet. They consist of mochi and a filling, which is Anko in most cases. However, there is also Daifuku with green tea, mugwort, black sesame paste or fruit pulp filling.

Ichigo-Daifuku, a Daifuku with Anko and a fresh strawberry in the middle, were created in the 80s, which enjoy great popularity during the spring season.

The world-famous Narutomaki is mainly used as a fish cake in ramen dishes. This is the reason why this dish also goes by the name of surimi fish cakes.

Narutomaki looks like a piece of white and pink flat cake, and it is usually placed on top of the pasta as a topping or garnish. This special fish cake is made from pureed white fish (surimi) and has a mild, subtle taste. 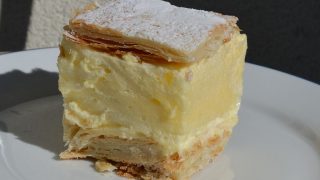