9 Traditional Chilean Foods & Dishes You Have To Try 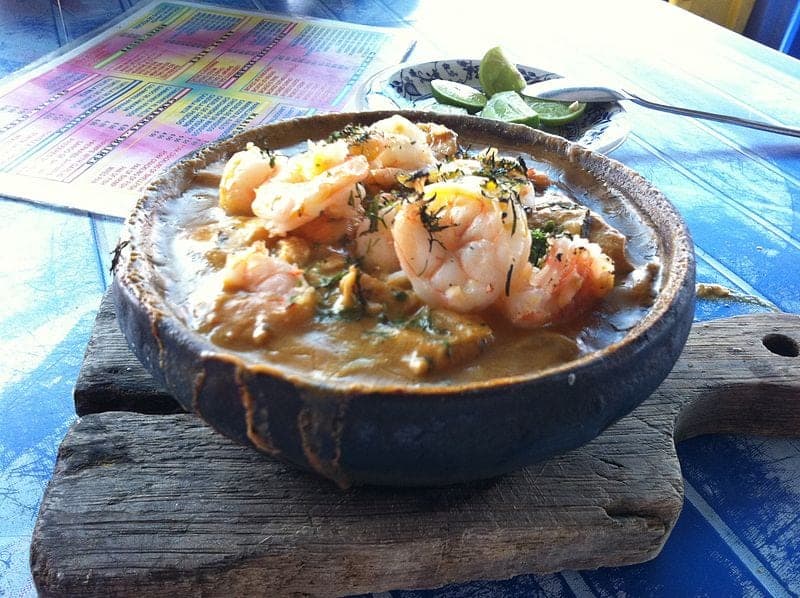 Chilean food is as diverse as its coastline along the Pacific Ocean! Chile is interesting due to the length of the country meaning it is home to a range of different soil types, climates, and ecosystems which all contribute to a variety of incredible dishes, styles and flavors available.

As you move from northern to southern parts of Chile you will find different types of flavorful seafood dishes, vegetables and meats. Much of Chilean cuisine is inspired by European heritage while retaining a Chilean vibe in every dish. Suffice to say, Chilean food is delicious enough to satisfy any foodie visiting the country

Moreover, Chile is famous for its wine and is often known as the “Bordeaux of South America”. These local wines are not to be missed and they will happily pair it with food to give you the best possible flavor combinations. In addition to Chile’s red wine and beer culture, there are other types of local drinks that Chileans like to serve with food such as Pisco sour.

Due to Chile’s long shoreline there is an abundance of seafood which helps form the identity of Chilean cuisine. Most traditional Chilean dishes are made of fish, seafood, beef, corn, and few vegetables and fresh fruit.

All in all, Chile is a foodie paradise and so we wanted to put together a list of the most amazing, delicious foods to try on your next trip, or even to make at home! So without further ado, here are our 9 favourite Chilean dishes…

Let’s start with the most popular snack food in Chile, Empanadas. Empanadas are pastries filled with different ingredients like ground beef, seafood, black olives, hard-boiled eggs, onions, and cheese. This filling is known as Pino in Chilean culture. They are then are either deep-fried or baked in wood-burning ovens and shaped in a square or half-moon.

You can also try the vegetarian or seafood version of empanadas. They are popular in Argentina too but Chilean version is typically a much bigger size which is almost double of Argentina’s empanadas. They can be found everywhere in Chile all year long and are popular at festivities.

The homemade Empanadas de Pino are among the traditional foods that are served during the Chilean Fiestas Patrias, a national holiday celebration in Chile that takes place in September. Check out this great empanadas recipe to try at home.

Humitas is a typical native south American dish, Chile’s own version of Tamales. It is kind of sweet and sour in taste, made with corn husks filled with a mixture of cornflour, basil, onion, butter, and paprika.

Once it is done, they tie them together with thread and cook them in steam or in boiled water. It is eaten with Chilean salad and available at every street corner. You can find a brilliant humitas recipe here.

If you love hotdogs, then you are in treat because Chile has their very own version and in a bigger size too! Completos are served with tomatoes, sausage, sauerkraut, onions, pickles with a whole lot of mayonnaise on it. It is a quite popular snack in Chile and can be found at most cafés.

There is an Italian version of Completos that is served with avocados and with fewer toppings. The Italian version is found only in big cities in Chile. It is called Italian because of its green, red, and white color, rather than being a popular dish in Italy! Check out this completos recipe for inspiration.

Different versions of Ceviche are popular throughout Latin America, but Ceviche is an exotic traditional dish that is very popular in Chile. It’s also popular in Papua New Guinea & Fiji where it is served in a coconut. Ceviche is made of raw fish that is marinated with lime juice and cooked just before serving.

It is served with a local tangy drink. You can find a great Chilean salmon ceviche recipe here.

Cazuelas are basically traditional Chilean soups or stews that can be considered a comfort food due to its hearty, warming flavors. Meat is an essential part of making cazuelas, it can be made with chicken, lamb, pork or beef, known as Vacuno. Others are made with seafood known as mariscos as you can see from the picture above.

Besides meat, garlic, paprika, oregano, onions, corn, cilantro, and some seasonal vegetables are used in making cazuelas. Chileans drink the soup first and then follow eating the tender meat and vegetables. Of course, there are lots of variations on this recipe but here is one we particularly enjoyed making.

This popular dish is a mixture of two renowned dishes, Empanadas and Humitas. It is basically a corn pudding that is served in a clay bowl. Due to its ingredients like ground beef, sweet corn, hard-boiled eggs, olive oil, onions, and raisins, it does taste sweet and salty at the same time.

Pastel de Choclo is also known as the Chilean shepherd’s pie, a nod to the famous British food. You can try cooking pastel de choclo yourself with this great recipe.

Chile offers some of the best snacks even when they seem weird, one of those is Sopaipillas. They are thin slices of pumpkin bread that are deep-fried and sold as a street food.

Sopaipillas are made using butter, pumpkin and flour and are formed into small circle shapes. They are most often eaten with pebre or hot sauce that is locally made with tomatoes and other ingredients. Check out this sopaipillas recipe to try at home.

Another simple dish in Chile is Chorrillana, consisting of thin beef slices, French fries, and scrambled eggs. Similar to the Western-Latin American fusion style of food eaten in Peru.

It is served on a large plate and is meant to be shared with another person. Chorrillana is served with a local beer and is available in most bars throughout Chile. Try this Chorrillana recipe for yourself.

It is a fact that Chileans like to have fun with social gatherings, and a barbeque is the perfect place to gather friends and family for a feast. The Chilean barbeque, Asado, is a little different to most as they slow cook their pork, beef, mutton, or chicken on a charcoal grill for 2 to 3 hours.

Meat is cooked on a spit that can be rotated for hours meaning the meat becomes tender and falls off the bone. Asado is eaten with Chilean salad and local red wine and is also popular in Uruguay. You can find a great Chilean asado recipe here.

Most of the dishes we’ve covered are also popular as a street food snack, enjoyed throughout the country especially in big cities such as Santiago and Concepción.

All in all, if you visit Chile you will not find it difficult to find the best food the country has to offer, just follow your nose! The aromas of the street food sizzling away will undoubtedly inspire you to tuck in to some traditional dishes. 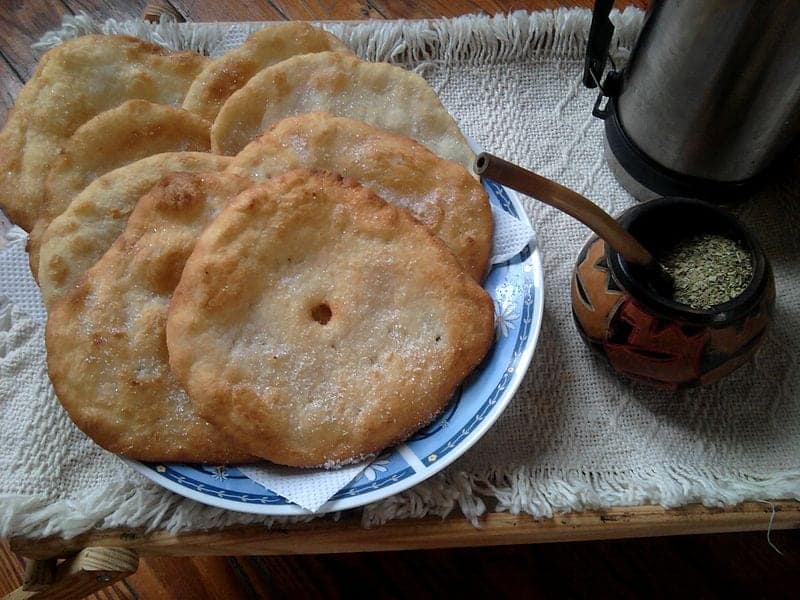