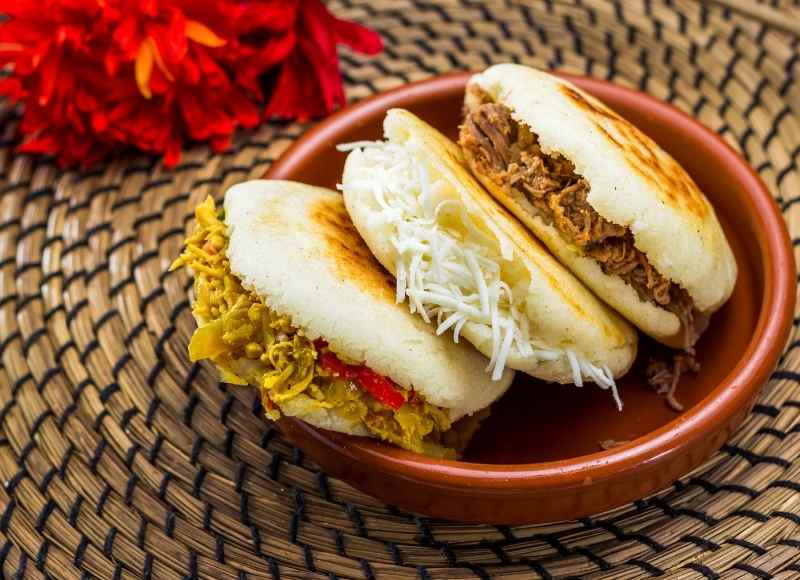 Venezuela is popularly known for its magnificent natural landscapes, tropical jungles and its diverse wildlife. It is an amazing place to visit for food lovers (when safe to do so), because of the country’s outstanding culinary traditions which epitomises Latin American cuisine.

Venezuelan cuisine is inspired by a range of African, European, and Native American influences. Traditional dishes typically vary from one region to the next but the fundamental ingredients include rice, corn, plantains, beans, yams and meat.

So without further ado, here are the absolute must-try traditional Venezuelan dishes…

Some say that the secret of a great pabellon is in the beef’s sofrito and the combination of sweet peppers, onions, bell peppers, and adobo seasoning. The salty flavor of the beef and beans goes really well with the sweetness of the plantains along with white rice.

Cachito is a Venezuelan breakfast pastry that is crescent-shaped filled with ham and cheese. It is crispy on the outside but soft and fluffy on the inside.

It is best paired with orange juice and Venezuelan coffee.

Arepa is another of the country’s most famous dishes, and is often considered to be the ultimate Venezuelan street food.

This dish is so versatile that it is eaten as a main dish or as a side dish which can be served for breakfast, lunch or dinner. It is a round and flat, unleavened patty made with corn flour and filled with a variety of ingredients depending on the region and style of cook.

Usually stuffings include black beans with cheese, scrambled eggs, seasoned ground beef or avocado. Some people even add more ingredients such as beets and shredded carrots. It can also be made healthier by adding oats, chia or flax seeds.

Mandoca is Venezuela’s most famous doughnut with unique sweet and salty flavours that complement each other. It is a Venezuelan breakfast classic made with plantains, cornmeal, panela, and cheese.

It is also called Zulian pretzel pertaining to a region in Venezuela, Zulia, which has a rich variety of dishes. These donuts are unique because they are shaped somewhat pretzel.

Perico is another Venezuelan breakfast favorite that adds a bit of South-American influence for scrambled egg lovers. It is a mix of fresh eggs, tomatoes, onions and green peppers, and you can also add bacon or ham if you like.  It can be eaten inside a repa or a bun.

Pasticho is a dish that has Italian influences, in fact this dish is often called the “Lasagna of Venezuela” since it is eerily similar to the classic Italian dish. It is made with thin layers of pasta, meat, cheese, and tomato.

Though it may sound like a typical lasagna, it differs in the mix of spices that they use and the bechamel sauce used is especially creamy.

Cocada is a favorite Venezuelan drink made primarily with coconut milk. This is a classic beverage that can be found in many street stalls and is somewhat half a smoothie and half a dessert.

Locals tend to debate about the most authentic Venezuelan Cocada recipe because some say that a true cocada only consists of soft coconut pulp and coconut water while others prefer to add milk, vanilla ice cream or even condensed milk to make it super sweet.

Tizana is Venezuela’s perfect summer spirit because it is refreshing in the warm weather with its fresh and fruity flavor. This drink is like a fruit punch that can be found on street food stalls or simply prepared at home.

Usually Tizana contains plums, watermelon, peaches, apples and melons that are cut into tiny pieces. But, it certainly depends on your creativity as to how you want the drink to be.

The fruit pieces are mixed with grapefruit, lime, pineapple and orange juice and blended with cinnamon, sugar, grenadine, and crushed ice. To make it even more refreshing, you can also add gin or rum depending on how much you want to pour into it.

Dulce de Leche is one of the best Venezuelan desserts that is slightly difficult to explain to foreigners because it is quite uncommon outside of Latin America.

This dessert is also called “arequipe” which is a milk caramel that you can put on bread, toast or even eat as it is. It is a little like the “Nutella of Latin America”!

Dulce de Leche is made from condensed milk that is cooked until it turns brown, thick and gooey. Venezuelans add a bit of lemon juice onto it to give more flavour and even mix it on thin waffles.

Quesillo is a creamy caramel delight that is similar to a Spanish or Mexican flan. There are even some who consider this dish as the best dish in the country.

The Venezuelan recipe is creamier and less watery because they use a whole egg instead of just using egg yolk. The caramel sauce on top makes it even more mouth-watering. 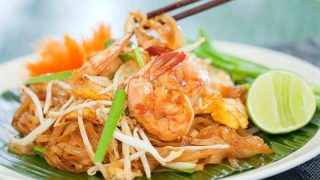