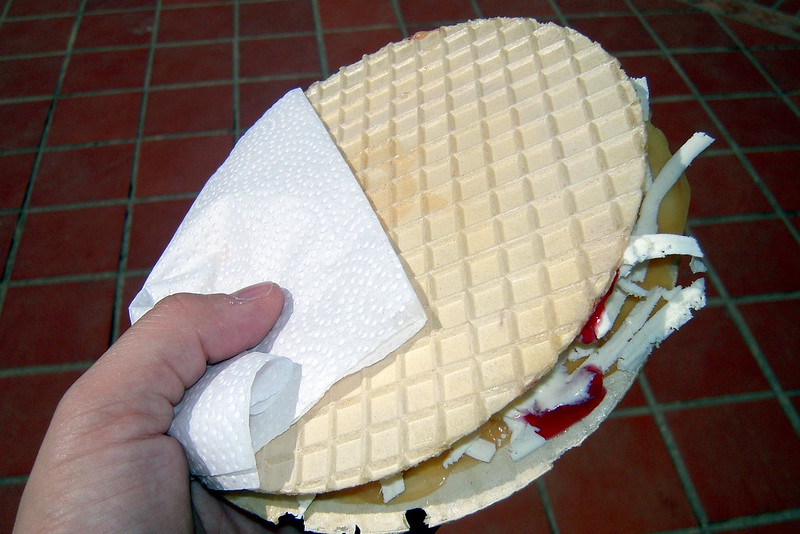 Obleas are round wafers that are light brown in colour. It is a famous Latin American dessert, usually spread with Colombian caramel called arequipe, and topped with cheese, jams, sprinkles, or fruits.

Obleas are also very popular among Latin American countries such as Colombia, Mexico, El Salvador, Costa Rica, Venezuela, as well as Spain. It is a must-have on every pantry in Colombia in particular.

Colombia is famous for many things, such as coffee, cigars, dance, or even their food. One of the most renowned Colombian dishes that they are proud of is their Colombian Obleas.

Like any other dishes, obleas also have a variety of adaptations. A well-known example of it is the communion wafer, wafer crackers, and even rolled-up ice cream cones.

Other than kitchen pantries, obleas are also mostly sold as street foods. Vendors also sold it with a Colombian caramel called arequipe, and other varieties of toppings.

Even well-known personalities tried eating this simple Colombian dessert and Obleas came into the limelight when Mick Jagger was caught enjoying one while he was on a tour in 2016.

Going back to their origin, obleas can be linked to the 15th-century European waffles, made from the same ingredients but with added sugar and eggs. Obleas are also traced back at the time of Ancient Greece, where flat cakes are produced from heated iron plates.

However, in Colombia, obleas have been round and flat for over three hundred years already. Originally, it was sold in the streets of Bogota as street food.

Later on, widespread production of obleas began on the late 40s. Eventually, obleas became the “Oubilee” the streets of France, which also became a popular street food.

What Do Obleas Consist Of?

Obleas are usually served with two round wafers that are thin. It has a sweet Colombian caramel filling called arequipe, which makes the sandwich sweet and crunchy.

Other fillings can also be placed in obleas like grated and shredded cheese. Others would prefer blackberry sauce, condensed milk, and even more cheese.

Making obleas is a fairly easy. It only includes is a combination of wheat flour and water, and you’re ready to cook.

A special oblea machine is often used to make it. They look the same as the ones used for making European waffles, but industrial versions are also available.

Once the obleas are cooled down, the caramel would be added as a filling topped with another oblea to make a sandwich. Others also serve it with extra toppings, such as fresh fruits, shredded coconut, and crema de leche. 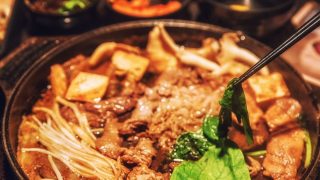 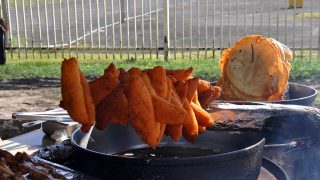