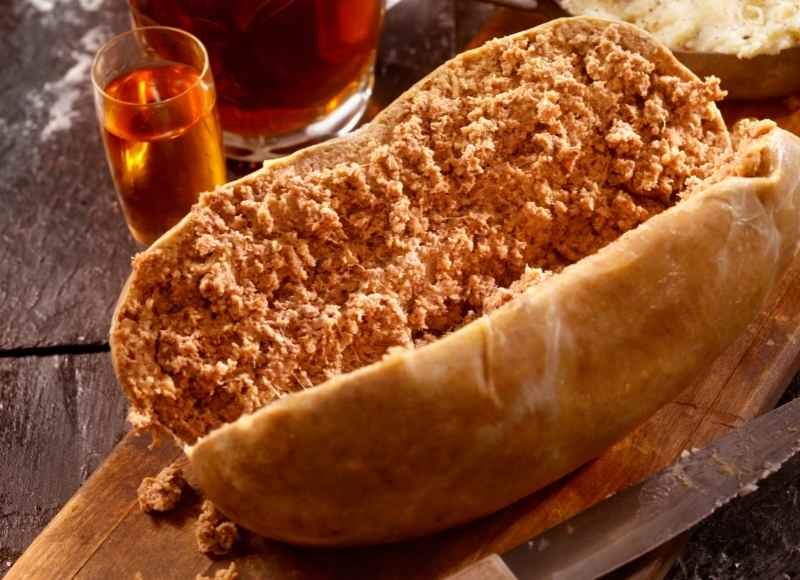 Haggis is one of the most unique and traditional dishes of Scottish cuisine, considered to be national dish of Scotland. This traditional dish is made by combining the internal organs or offal of either calf or sheep with oatmeal and suet.

The meat is then seasoned with lots of spices to create a spicy mixture which is then boiled in the stomach of the sheep or calf. Haggis may not look appealing but it has a rich nutty and earthy taste.

Offal majorly consists of the heart, liver and lungs of the animal being used for the dish.

There are a number of theories about the origin of the name ‘haggis’. According to some theories, the word ‘haggis’ came from the Scottish word ‘hag’ which means ‘to chop’.

Robert Burns was a national bard of Scotland. In 1787 he dedicated a poem to haggis and since then, this poem is regularly performed on every Burns night, an annual event of Scotland. Burns night is celebrated on the 25th of January every year and haggis is the most popular dish for this occasion.

Haggis can be made with many variations. The pluck of sheep, calf or lamb can be used. In this version of haggis, we will be using the pluck and stomach of sheep. Let’s have a look at the recipe of this unique Scottish dish. 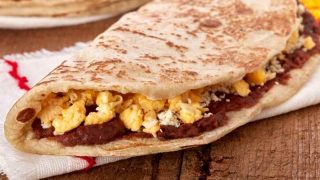 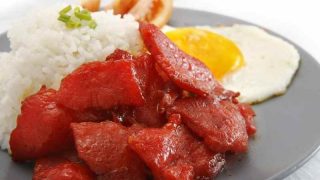