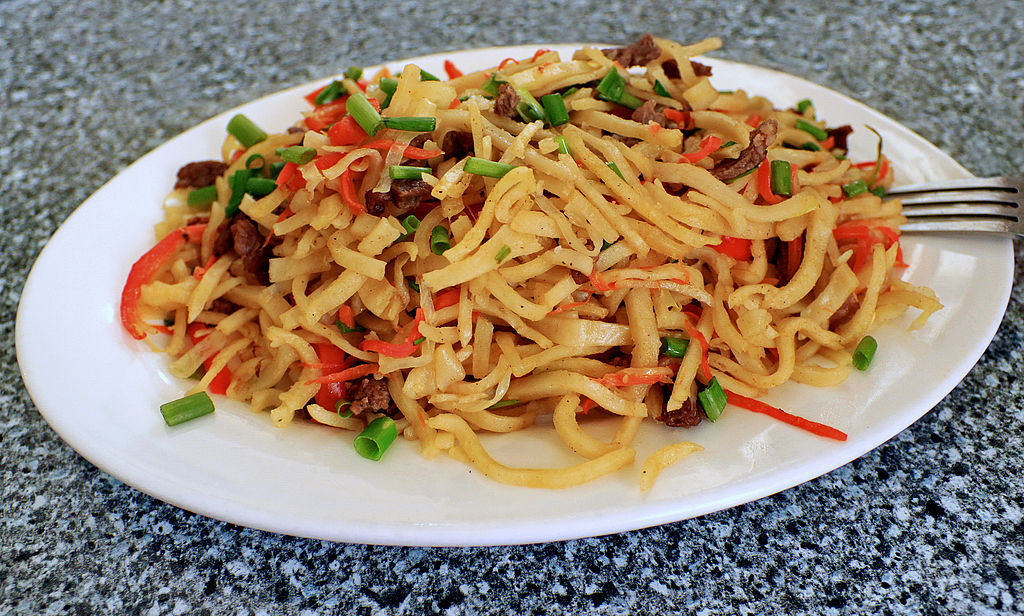 On the surface Mongolian cuisine can be quite simple. Utilising a variety of meats such as mutton, beef, horse, sheep, camel, and even marmot which are then typically paired with vegetables, noodles, pasta or rice.

Vegetables play a hugely important role in traditional Mongolian meals as much of the ingredients and cooking techniques originate from a nomadic lifestyle that some still live. Of course, in the towns, cities and the capital Ulaanbaatar, communities are much more advanced now but the appeal of those traditional dishes perseveres.

However, one quarter of Mongolians still live a nomadic lifestyle. They tend to pack up and move from one place to another, several times a year with their animals and do not have a fixed habitation.

One of their traditions during winter is to eat their food hot and fresh from the stove without plating. Typical Mongolian cooking essentials usually include an aluminium pot, a small stove and wood that they found along the way or where they were currently staying.

Meat is one of the core staples of Mongolian cuisine, which can vary based on what is available in the area and what has been hunted. Stews, soups and broths are a common method to consume the meat, often paired with noodles, rice or vegetables.

Traditional nomadic Mongolians tend to eat to survive rather than just having a gourmet experience. They often make use of what they already have and try to make dishes that are hearty and filling.

What’s fascinating about Mongolian cuisine is that it has been served for thousands of years and it hasn’t changed much at all. This is because food is a way of preserving culture and tradition, especially with the changes that are happening throughout the rest of the country.

So without further ado, here are the most popular traditional Mongolian dishes to experience…

Khorkhog is made from a whole goat and it is typically saved for special occasions and larger gatherings.

The goat is pressure cooked with hot rocks over a fire. Meat and vegetables such as onions, carrots, and potatoes are then placed in a large milk vat.

It is Mongolian tradition to pass the hot rocks into the group once the dish has finished cooking. They believed that passing the rocks between your hands promotes circulation and can relieve tiredness.

Boodog is considered to be the level up of Khorkhog because preparing it is really a work of art and is a true feast for everyone. Mongolians often say that trying out this dish will truly give you a one of a kind experience.

Boodog is unique in its preparation because instead of cooking the meat in a container, the actual skin and fur of the animal is used as a cooking vessel. The animal is butchered with skin remaining intact and it is sealed up filled with the meat, vegetables, and hot rocks to cook from the inside out.

This method of cooking can be seen throughout the world in all sorts of different varieties such as Scottish Haggis or Greenland Kiviak for example.

Khuushuur is a deep-fried pastry that is filled with either beef or mutton. It is seasoned simply with onions and garlic.

This dish can be found in the city, countryside, restaurants, in homes, basically just everywhere in Mongolia. Some people even substitute the meat with vegetables such as mashed potato with onion, carrots and other veggies to make it suitable for vegetarians.

Buuz is a version of a Mongolian dumpling. It is usually prepared during the Mongolian New Year (Tsaagan Sar) in which families would thousands of them and will spend three days visiting family and eating it in each other’s house.

A high in fat meat such as mutton is usually is used in making buuz. It is seasoned simply with basic seasonings of onion and garlic. The juice or ‘soup’ inside buuz tends to be very hot so it is important to be extra careful in biting one.

Guriltai Shul is one of the most popular noodle soups in Mongolia. It is considered to be the classic dinner staple.

It is made from boiling mutton and adding handmade wheat-flour noodles. It is such an easy dish to make but still a favourite among Mongolians.

Tsuivan is a stir-fried noodle dish that is popular among Mongolian men because of the giant portion sizes that are very filling, providing the energy needed for hunting and surviving long, cold nights.

In a giant pan, handmade wheat flour noodles are fried in strips with onion, carrots, and meat. There are various kinds of meat that can be used in this dish but usually it’s mutton with added sheep’s tail fat.

Budaatai Huurga is common fried rice dish where the rice is fried with chunks of meat such as beef, mutton and sheep’s tail fat.

Vegetables used include onions, carrots, potatoes and spring onions. It’s super flavorful and is a great main course in a meal.

Chanasan Makh is basically boiled mutton seasoned with salt and placed in an impressive heap on a plate. It is part of their tradition to tear strips of meat off the bone using a knife and then pass it to another person in your group.

Usually the prized bits of meat are the ones with lots of fat. The meat is often cooked and paired with carrots and potatoes on the side.

Bansh is another version of a Mongolian dumpling. It is usually added in a soup or even in a salty milk tea drink called Suutei Tsai.

It is basically the same as buuz but it is smaller and is shaped more like a round package or a half moon shape. It’s a bite-size piece so it is also great to snack on.

Vitals soup is popular for being very nutritious. It is part of Mongolia’s culture that no part of an animal is wasted and so Vitals Soup is made with combinations of lungs, hearts, intestines, liver, stomach and kidneys of an animal.

Preparing Vitals Soup is no simple process. There are variations on the cooking methods but it is well known for taking a great amount of effort to prepare. 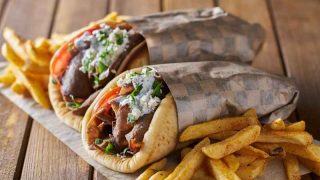