13 Traditional Swedish Dishes You Must Try 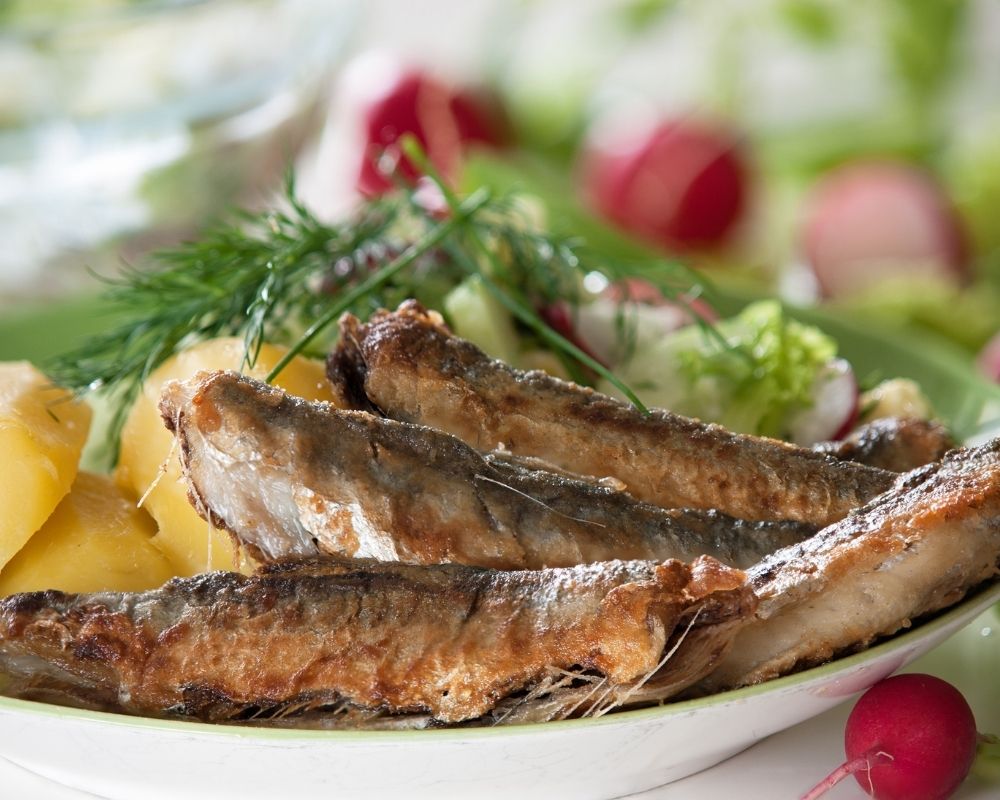 The Scandinavian country of Sweden is famous for its glaciated mountains, thousands of coastal islands, boreal forests and inland lakes. But Swedish cuisine is less well-known, despite it offering up some surprising delights!

A common trend in Swedish cuisine is fish (herring is an apparent favorite), whether that be part of a Smörgåsbord or fermented as a stinky delicacy. Sweden is also well-known for their world famous meatballs which is popular throughout the world.

So here we present you with some of the most delicious popular Swedish dishes to give you a complete experience of the “land of the midnight sun”. Smaklig måltid!

Janssons Frestelse (or Jansson’s temptation) is a creamy fish and potato casserole. It is named after a famous food lover opera singer of the 1900’s, Per Adolf Janzon.

Crafted with julienne cut potatoes, anchovies, onions and cream, this enticing delicacy is widely loved among the locals and tourists alike. Christmas dinner tables are incomplete without Janssons Frestelse as it is a favourite of the Swedes!

Sweden has many distinctive traditions. Among them, Kraftskiva or the crayfish party is the most loved celebration for the Swedish people.

The Crayfish Party is an annual seafood festival, typically celebrated in August to mark the crayfish harvest. The main course of the crayfish party is of course crayfish which is served with many drinks, side dishes, singing, paper hats, paper lanterns and beer!

Crayfish had remained popular among the upper class citizens from the 1500’s, but with the passage of time, it has now trickled down to all the classes of people across Sweden. Crayfish is typically boiled and seasoned with fresh dill.

Ärtsoppa is an immensely gratifying soup made with yellow peas and meat of chicken or pork, depending upon individual preferences.

This yellow pea soup has an interesting history that the Swedish king, Erik XIV was killed by his own brother who served him with pea soup poisoned with arsenic.

One of the unique traditions of Sweden is that their Thursdays are considered incomplete without a pea soup meal. This meal involves yellow pea soup which is followed by pancakes that are served with delicious topping of fruit syrups and whipped creams.

If you have ever been to IKEA you will get to know that this is undoubtedly one of the classical and most favourite dishes of the Sweden cuisine.

These little meatballs are made differently by every mother of Sweden and it is loved by the children. This platter of joy is often also served with mashed potatoes and macaroni with some cream sauce and topped with lingonberries.

You may well have heard of a Smörgåsbord which is a word that is colloquially used to describe big platters of food that guests can dig into. In Sweden, a Smörgåsbord typically consists of hot and cold dishes such as cold herring, breads, meats, cheeses and vegetables.

Julbord is the name for the type of Smörgåsbord that is eaten at Christmas and consists of up to seven courses!

Princess cake is widely popular in Sweden and a perfect dish for birthday and wedding parties and celebrations. It is extremely delicious as well as beautiful and attractive as its exterior is made with green marzipan and is topped with bright pink sugar rose.

As the princess of Sweden was born on the 22nd of September, so the third week of September has officially become the week of princess cake.

It is commonly said that the Swedes have a sweet tooth. Sweden coffee parties are never complete without the cinnamon buns.

If you invite your neighbours or friends to a coffee party at your place, you will definitely have to serve them with cinnamon buns too. As for the saffron buns, they are served in the Christmas season only, from the beginning of December till New Year.

Herring plays a central part in Sweden cuisine and is served as street foods all over the country as it is quite a cheap fish.

This mouth-watering fish platter is prepared by marinating the fish with different spices to give a classical flavour and is then fried until it is crispy golden brown.

Kroppkakor or simply potato dumplings is one of the most favourite dishes of Swedish cuisine as potatoes have become one of the primary foods of Sweden for the past few centuries.

This dumpling platter has many variations within the country in names as well as recipes. The only thing which is common in every version is that the potatoes are boiled in water.

The other ingredients can be of your choice. Whether you want to use wheat flour or barley flour, onion and pork filling or mushroom filling, serve with melted butter or not, it’s all up to you!

Falukorv is simply a cooked sausage which is made by mixing beef and pork and served with creamy macaroni, boiled or mashed potatoes or even rice.

It is a firm favourite dish mostly of the Swedish children. These tasty sausages can be eaten alone or used in sandwiches and burgers.

The Knäckebröd or crispbread is one of the most common side dishes that is served with your main course at the dining table. These wobbly and delightful crispbreads are topped with cheese, butter, salmon or ham.

The crispbreads are made in a way that they can be stored in airtight containers and can be easily broken and shared.

Ok so technically not a “popular” dish in Sweden but Surströmming is one of those traditional Swedish foods that most people have heard of and is therefore synonymous with Swedish cuisine.

For those who haven’t heard of Surströmming, it is a very stinky tinned herring that has been fermented for at least 6 months. It’s certainly not for the faint hearted and is considered to be one of the weirdest foods in the world!

Toast skagen is an elegant combination of sautéed bread with prawns, mayonnaise, whitefish roe and fresh dill. It is named after a fishing port of Denmark. These delightful toasts are traditionally seen being served as a starter on the Swedish dining celebrations.

Sweden is without a doubt a country with a delicious, underrated cuisine. So indulge yourself in these authentic flavours with your loved ones to get the complete experience of the land of the midnight sun!