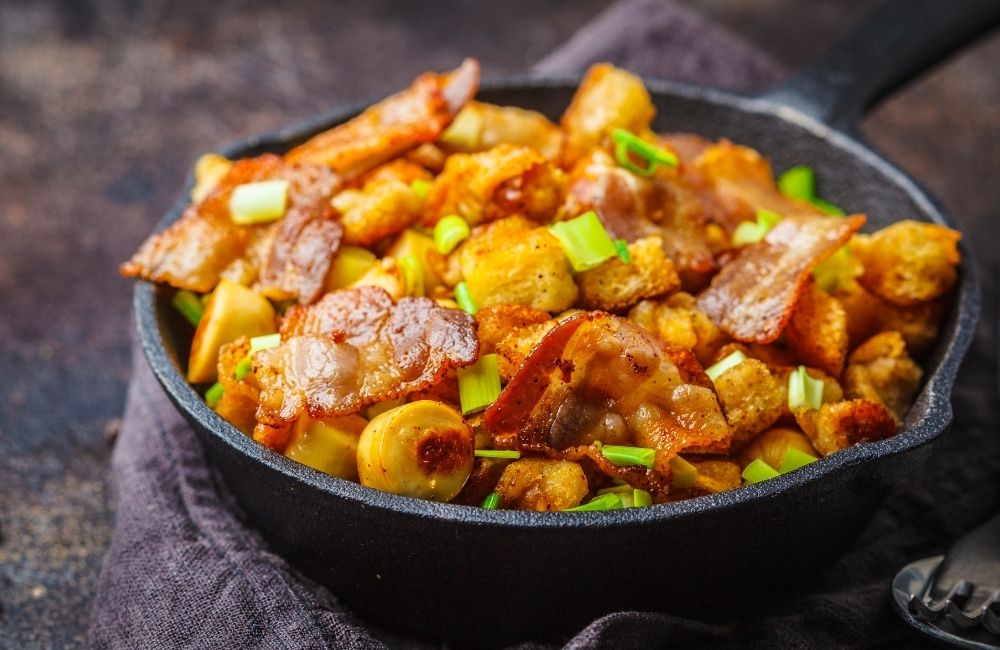 Migas is a popular Spanish and Portuguese dish consisting of leftover bread and ingredients such as bacon, chorizo and grapes. There are variations on the dish depending on the region it is made, such as using corn bread or pinto beans. It is most often served as a side to other main dishes.

Migas is a traditional dish that is popular in Portuguese and Spanish cuisine. The name ‘migas’ means ‘crumbs’, pertaining to its key and main ingredient – breadcrumbs.

Migas is also known to be the “migrating shepherd’s hearty breakfast” as it has many versions of it in different regions of Spain and Portugal. Even Mexico has its own version of Migas.

The dish involves moistening leftover bread and frying it on pork or lamb fat along with garlic, chorizo, peppers, and paprika. Others would add a second kind of pork meat such as pork belly, bacon, or Jamon.

As for vegetables, many would also add hearty greens, mushrooms, or even grapes. Speaking of grapes, there are even sweet versions of Migas where they add fruit, nuts, cinnamon, and chocolate.

Spanish Migas is very easy to prepare and the ingredients are just at the end of your fingertips. You start off by soaking stale bread with water and some seasoning.

Traditionally, you need to let it sit overnight or until the bread is moist. If you don’t have time, an hour of soaking it will do.

The breadcrumbs will be cooked along with lard, garlic, and meat until it’s golden brown. Once cooked, it is served hot and most commonly in the same pan it was prepared in, or on a large plate.

Migas can be enjoyed on any time of the day as it can be served as an appetizer, snack, side dish, lunch or breakfast. You can even eat it at dinner too! It is basically making a hearty meal out of what you have.

Spanish Migas is a Spanish cuisine that uses leftover bread and pan-fried with pork fat and meat. 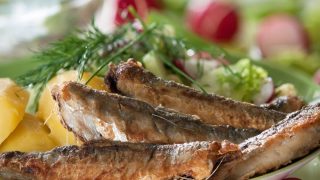 Next →
13 Traditional Swedish Dishes You Must Try
Comments are closed.
Skip to Recipe