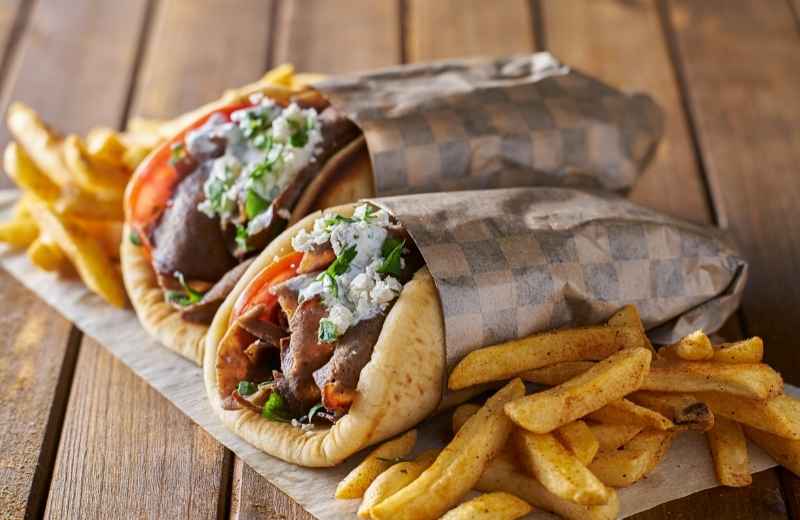 Gyros is a traditional Greek kebab dish made with spiced meat that is cooked on a vertical rotisserie. It is often considered as the Greek version of the Turkish doner kebab.

Spiced meat slices are arranged in a tower-like manner on a long skewer and rotate in a vertical grill. The grill slowly roasts the meat from the outside and the grilled meat is cut and served every few minutes.

The similarity between gyros and the Turkish doner kebab lies in their external form and method of preparation. However, unlike the doner kebabs, classic gyros is traditionally prepared with pieces of pork.

The distinctive flavor often associated with gyros can be credited to the seasoning along with salt, pepper, garlic and all the other ingredients used in its preparation. In some cases, cumin, marjoram and coriander are also used.

Gyros meat is typically served in a pita, a flat cake made from yeast dough. It is usually garnished with coleslaw, onions and tzatziki. But even without pita, gyros is a very tasty dish. In either case, French fries or rice are served as a side dish.

In addition to pork, gyros can also be prepared from the meat of lamb, chicken and, less often, beef.

The term ‘Gyros’ loosely translates to ‘rotated grill skewer’ and it describes a classic Greek way of preparing pork, a relative of the Turkish kebab.

The name also explains the traditional form of preparation. Gyros skewer is placed vertically in a grill and slowly rotated so that the outer layers of meat can be seared and scraped off.

Since only a few people today have a grilled skewer available at home, our recipe below presents a pan-cooked gyro.

According to various archaeological excavations and preserved ancient documents, Greeks have been cooking Gyros for around 4,000 years. It’s very clear that the Greeks loved their gyros made from pork and lamb then as they do now.

Ingredients for the marinade 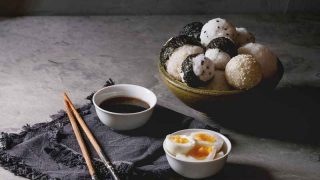 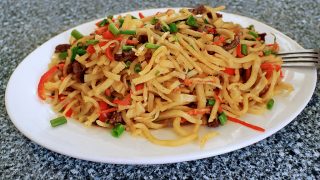