Huitlacoche (Corn Smut) & How To Eat It 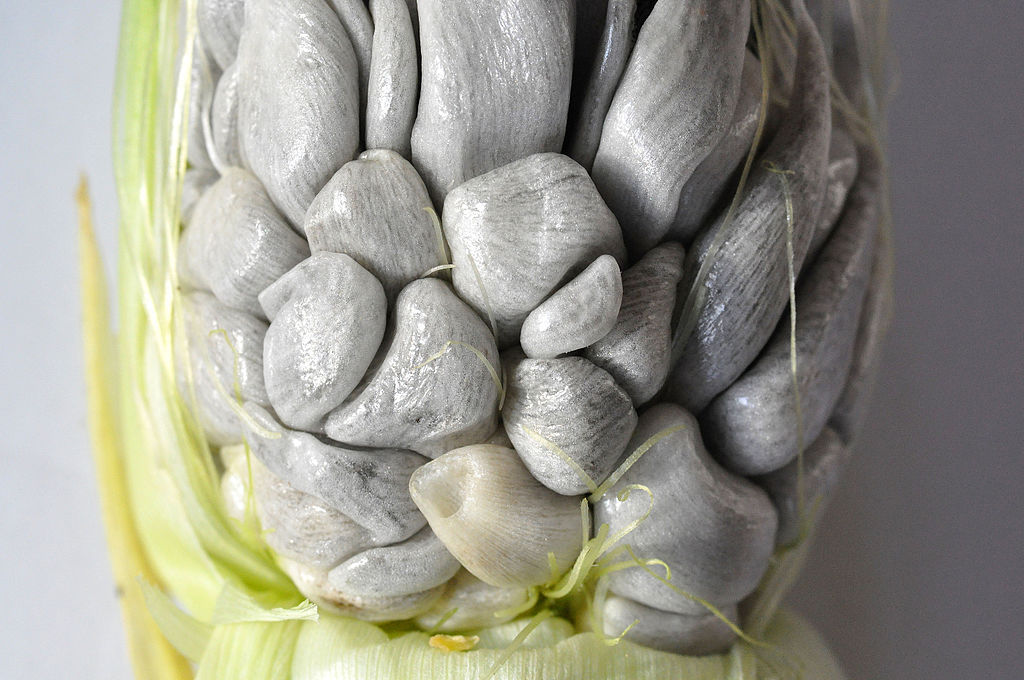 Huitlacoche is a soft and spreadable fungus that grows on the ears of corn, eaten in Mexico. Other names for this is corn smut, cuitlacoche, or Mexican truffle.

Sound delicious? Thought not! If it sounds a little weird that’s because it is certainly a very unusual delicacy, but if you are tempted to try it out read on to find out how huitlacoche is typically eaten.

Huitlacoche, pronounced weet-la-COH-cheh, is known as a fungus that grows on ears of corns.

This fungus grows randomly on organic corn, meaning those that are not sprayed with fungicide. Basically, it is a plant disease that causes smut, which is a multicellular fungus with many spores.

The fungus causes the corn kernels to swell up and grows like mushrooms, which are called galls. While this may sound awful, this is actually a delicacy in Mexico.

The History of Huitlacoche

This unusual delicacy dates back to the Aztecs. When the Aztecs saw blue-black spores overtaking their corn, they did not worry but instead rejoiced!

It is said that the fungus bestows a mushroom-like flavor, and became a part of the Aztec diet. Other indigenous tribes also consumed the fungus and looked at it as a delicacy.

The Native American tribes, Hopi and Zuni, are also fans of this delicacy. The former called it “nanha”, while the latter sees huitlacoche with such high standing that they said it symbolized “the generation of life.”

The Southwest countries viewed huitlacoche as an important food for indigenous people. For them, the fungus has ceremonial, culinary, and medicinal uses.

In terms of its healthfulness, huitlacoche has actually one of the highest amounts of protein contents among the mushroom family. It even has more protein than the corn itself.

Huitlacoche is also high in amino acids, which can hardly be found in corn. One of these amino acids is lysine, which helps the body build muscles, strengthen bones, fight infections, and give the skin a youthful glow.

Because of the benefits of the fungus, the corn smut is a prized ingredient in Mexican cuisine where an infected cob is worth more than a cob of corn.

Huitlacoche as an Ingredient

American farmers see the fungus just as plant disease and would do all the measures required to prevent it. However, Mexicans see it as a prized possession and a lovely ingredient on many dishes.

Mexicans serve it various dishes, including succotash, omelettes, or even fillings in tamales or tacos. But the most famous dish it is added to is the quesadilla, with melted cheese and topped with salsas.

Huitlacoche quesadillas are famous all over central and southern Mexico on street carts, restaurants, and municipal markets. The smoky and earthy flavour of huitlacoche is also a perfect accompaniment to fat in cheese and meats like chorizo.

You can also enjoy huitlacoche raw as a salad or as ingredients for desserts, stews, soups, and corn patties.

Huitlacoche can be harvested during the corn season. However, they are not harvested once the corn ears have grown, but you can harvest them right away once you see one.

They usually grow within the rainy season, usually between May and November. Fresh huitlacoche can be bought on many Mexican markets, but canned and frozen choices of it are also available.

Check out this lady tasting huitlacoche for the first time and a quesadilla and salsa recipe. 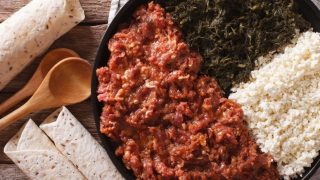 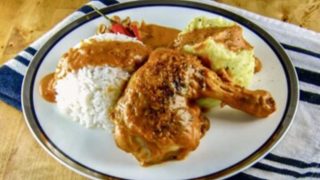