What Christmas dinner looks like around the world [In Pictures] 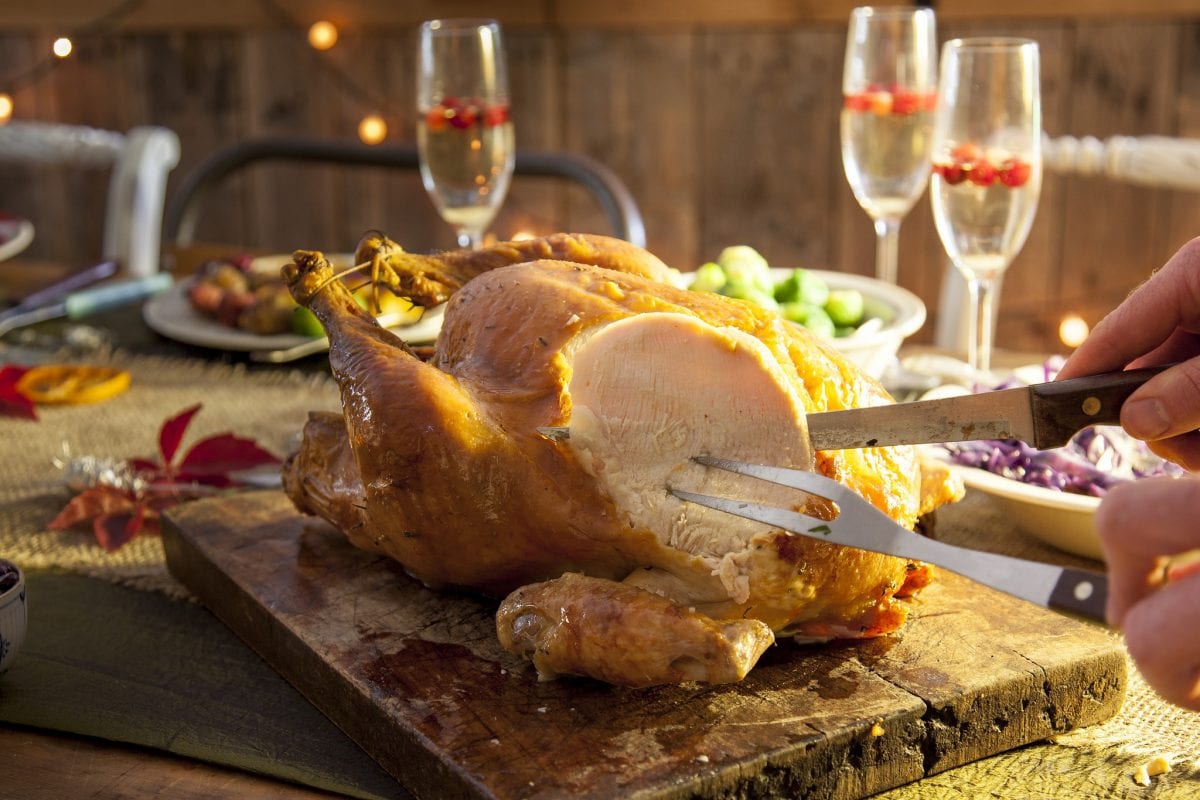 Most of us indulge in the same Christmas dinner and traditions every year without giving it a second thought to changing them. We wouldn’t dream of not savouring our favourite festive dinner every year that we all know and love!

But you may or may not be surprised to learn that your Christmas dinner traditions are most likely unique to just your country. In fact, throughout all of the countries in the world that celebrate the festive season, there are very few countries who celebrate the same as one another.

Regardless, there is one thing that binds people together at Christmas and that is a big hearty meal. So whether you’re roasting up a turkey, gnawing on fried fish or cooking some shrimp on a barbeque, rest assured that everyone is having a very delicious Christmas!

Still you can’t help but wonder… what do other people around the world eat for Christmas dinner? Let’s take a look at some of the weird, interesting and delicious dinners cooked up around the world.

The feast of the seven fishes – Italy

Unlike many classic Italian feasts, however, there is a lack of pasta and meat, the latter being a symbolic abstinence prior to Christmas day when much more meat is cooked up and consumed

In true Italian style they make up for it with a variety of fish cooked in various different ways and served with different sauces or sides.

Most popular among Italian-American families, many have often been known to serve up to 13 or 14 different fish dishes. Most stick to 7 seafood dishes though.

Typical fish eaten in the feast of the seven fishes include:

The trick to a real Italian festive feast of seven fishes is to make sure that all the different types of fish are prepared in different ways (baked, cured, fried etc).

Smalahove (half a sheep’s head) – Norway

Smalahove is one of the more interesting Christmas dinner choices, and certainly not one many of us would serve to their Grandmas!

Traditionally eaten in Norway on Christmas eve, a whole sheep’s head is first left in a large pot of water for 24 hours, then a further 24 hours in brine, before boiling and eventually eating with Rutabaga and potatoes.

In fact, the recipe for smalahove is surprisingly delicious! Of course, it just takes like lamb because, well, it is lamb.

The tastiest parts to be fought over are the cheek and the tongue, as those are the most meatiest. Also considered to be delicious parts are the eyes!

One thing most Australians cook consistently every year on the big day is the classic eponymous barbecued shrimp or prawns.

Considering that it is always summer time in Australia, people tend to stray away from roasting meats or vegetables like their British or American cousins. Instead, colder or barbecued food is often served including the prawns.

Fish is pretty popular for Australian Christmas dinners, with many flooding their local fish markets on Christmas eve to buy their fresh fish ready for the next day.

Prawns and shrimp are eaten in abundance on Christmas day, prepared either cold or hot as one of the many dishes served up. You can check out The Guardian’s guide to an Australian Christmas for more.

Lechón is the Puerto Rican national dish of spit roasted suckling pig, and so it makes sense that this beloved dish is also eaten on Christmas day.

Puerto Rican’s love Lechón and is one of the most popular choices of dish for a celebration or family gathering. It is revered as one of the most delicious foods in North America, and for the festive season it is dished up with rice and beans.

Requiring a huge outdoor spit to cook, the most dedicated Puerto Ricans will start cooking from as early as 2 or 3am, since the slow cooking process is what gives it such a succulent texture and flavour.

One or two people will tend to the pig all day, slowly cranking the spit to cook it evenly. It can take a very long time to cook properly but the end result is absolutely worth it for a delicious, smoky, pork feast in true Puerto Rican style!

Believe it or not this is absolutely true! The Japanese eat Kentucky Fried Chicken (KFC) for Christmas dinner on Christmas eve.

What started off as an marketing campaign by KFC in the 1970s turned out to be the most brilliant seasonal advertising ideas in recent history.

The campaign targeted Japan as a country which sparsely celebrated the Christian festival and had few traditions, and so the focus was to frame fried chicken as a Christmassy meat to be associated with the holiday. And it worked!

Now over 3.6 million Japanese families indulge in KFC at Christmas time with people having to reserve tables months in advance in order to be able to ensure their chicken is guaranteed!

An Xmas holiday serving of Kentucky Fried Chicken in Japan also includes a cake and a bottle of wine!

It might also help that Japanese food culture can often be trivial, novel and fun with a wide range of entertaining and fast food options. Fast food was bound to be a festive success!

Kiviak has been a well popularized delicacy in Greenland due to the sheer absurdity of the dish eaten in this remote part of the world.

It is essentially hundreds of dead auk birds stuffed into the body of a dead seal, fastened tightly and stored under heavy rocks for three months to ferment.

The result is pungent, smelly and quite…. unique! It is most commonly associated with Christmas and winter time because hunting in the remote regions of Greenland can be very difficult during the harsh winter season and so foods such as Kiviak can be prepared in the summer months to be eaten later in the year.

It is not always eaten by Greenlanders for Christmas dinner but it is sometimes and is often considered to be a Christmassy dish because of the time of year.

It feels like the most festive, Christmassy place in the world with snow, cold temperatures and of course Lapland!

In Sweden they have great gastronomic traditions of eating pickled fish such as herring and Christmas is no exception. Served as part of a julbord, Swedes prepare a smörgåsbord of fish, meats, vegetables, pate, bread, cheese, salad, potatoes and, of course, Swedish meatballs.

The dish is tackled in three courses and typically includes certain food types per course, although of course this varies by family.

Much more like a buffet, the Swedish julbord is an opportunity to try a range of different sides and to completely stuff yourself!

Pozole is a stew or soup eaten in Mexico that is made from hominy (dried maize), meat (usually pork), and a range of garnishes such as onion, cabbage, chillies, lime and avocado.

It’s a typical Mexican dish anyway that is eaten at different times over the year but particularly for special occasions such as Christmas or New Years Eve.

Spicy, tangy, flavorsome and packing a hearty punch, ask any Mexican about pozole and you’ll get an enthusiastic response in return.

It makes sense that they eat it on Christmas day then. Check out this delicious pozole recipe to try it yourself.

A typical Christmas dinner in Switzerland is a meat-lover’s fondue heaven!

Whilst very popular in China, Fondue Chinoise is actually a very popular Swiss festive dish consisting of a variety of meats and vegetables dipped into a boiling beef or chicken broth on skewer sticks.

In Switzerland, families gather around the table to enjoy a Fondue Chinoise, where thin slices of meat are dipped with skewers into boiling broth. This particular meal is popular both for Christmas and New Year’s Eve dinner.

LittleZurichKitchen.com has a great guide to Swiss Fondue Chinoise that you can follow to create a superbly authentic feast.

Slightly more familiar looking to many Western readers who are used to a roast bird with vegetables on the big day.

The Germans and French alike celebrate Christmas day with a stuffed roast goose served with red cabbage, dumplings and sauerkraut. Although, of course, the sides vary greatly by families and region.

The goose is often stuffed with apples, onions, prunes, chestnuts and seasoned with marjoram. The custom of eating a goose at Christmas dates as far back as the Middle Ages and so it is a deeply entrenched European food tradition.

So whether you decide to roast up a turkey, barbecue some shrimp or tuck into a KFC, we hope you enjoy your festive feast!