Hispanic cuisine undoubtedly boasts some of the most flavorful dishes in the world. And Hispanic soups are no exception!

Traditional Hispanic soups contain a myriad of unique ingredients. Offal meats like beef tongue, oxtail, and tripe are often used in Hispanic meals and bring them to life.

Delightful. Warm. Cozy. Not much compares to the comfort of a warm, hearty bowl of soup on a chilly evening!

Nearly everywhere you travel, soup is a staple. Even in places where it doesn’t often get cold, soup is regularly consumed. Various cultures and groups enjoy soup not only for it’s coziness, but also because it is very economical.

Latin America is the perfect example and this is one of the main reasons soup has been so eponymous in Hispanic cuisine and indeed Hispanic culture. Here we look at some of the most popular traditional Hispanic soups found throughout the Spanish speaking world.

Oxtail comes, literally, from the tail of an ox. At least, historically it did. Now, it can be the tail of pretty much any animal. And it’s a meat that is commonly used all around the world.

Oxtail has a delightful tender, juicy flavor. It requires a long, slow cook and must be carefully disconnected from the surrounding bone and fat. But once the meat has been isolated and cooked, it makes a delicious soup for any time or occasion.

This southern oxtail stew recipe that’s so good it will make your mouth water and jaw drop at the same time.

Caldo de Res is a hearty soup that might use oxtails, but it’s a very specific type of dish served with a rich broth and loaded with savory vegetables.

While Caldo de Res is essentially a beef stew, it has some unique unmistakable characteristics and a dish that is definitely worth trying.

Try this traditional caldo de res recipe for a taste of a quintessential Hispanic stew.

Menudo is a soup long-revered for its presumed ability to cure hangovers. This dish is commonly reserved for special occasions because it can be time consuming to prepare.

Typically made from tripe, or stomach meat, menudo is the go-to festive dish in Mexico. Preparing this dish can be quite intensive with a long list of ingredients that require hours of cook-time.

The first step is preparing a rich, hearty broth. Cow’s feet and marrow are often used for the broth and must be slowly simmered to extract all the delicious flavors that define menudo. While the broth is being prepared, the second time-consuming piece must be prepared: the meat.

A variety of meat can be used, but tripe is the most popular for this dish. Tripe requires a slow slimmer to break down the rubbery texture and make it soft and tender.

A final signature ingredient, and possibly the key for curing hangovers, are Guajillo chiles or chilies Ancho. These must be also be separated and boiled to a soft texture that can be easily blended with garlic to make a paste that is then incorporated into the soup.

Try this menudo recipe for a cultural experience that won’t disappoint.

Cau cau is a popular stew from Peru. Traditionally made with tripe, cau cau is unique because of the yellow Peruvian chiles used to season the dish, along with other popular spices such as cumin and tumeric.

This cau cau recipe is sure to provide a unique and delicious meal that excites and intrigues your taste buds.

Sopa de Pata is the El Salvadorian version of beef stew. It is characterized by a few ingredients unique to the Central American nation. These include chayotes, a plant that resembles a squash and the eponymous cow’s feet!

Cassava, another main ingredient, is root vegetable otherwise known as yuca. Throw in some tripe and green beans, and you have the most popular Salvadorian soup.

The elements so far sound pretty common, but there’s one more addition to this soup that might surprise a non-native. Bananas. Prepare your taste buds for a pleasant, but unexpected sweet bite as you delve into this sopa de pata dish.

Another popular dish with Mexican roots, Pozole is translated “hominy”. The abundance of corn and pork, garnished with anything from lettuce to chili peppers to avocado are sure to delight anyone.

Pozole is similar to menudo in its brothy style. However, the different meats used provide significant contrast, along with the hominy so prevalent in pozole.

Albondigas is a classic meatball soup. These rich meatballs may have their roots in Arabic cuisine, even the word “albondigas” come from the Arabic language. It is thought that it was adapted by the Spaniards who brought it to the Americas.

No matter is origins, Albondigas pack in the flavor and are very filling. In addition to the meatballs, Albondigas include carrots and potatoes.

Chile verde is, as the name implies, made with green chilies. This is more of a Tex-Mex name, and has other names in Central and South America. But it’s flavors will take you on a cultural ride.

The pork and green chilis must be slow cooked to render all the flavors, but it’s definitely worth the time. And make a big batch. Because it’s sure to fly out of the saucer at your next get together.

Birrita, or goat soup, is another recipe generally saved for special occasions. Goat is considered a delicacy. With its juicy, tender flavor, is generally served with corn tortillas, onion, and lime.

And speaking of tortillas and lime. These are such staples in Hispanic cuisine, they really must be served with every stew or soup. 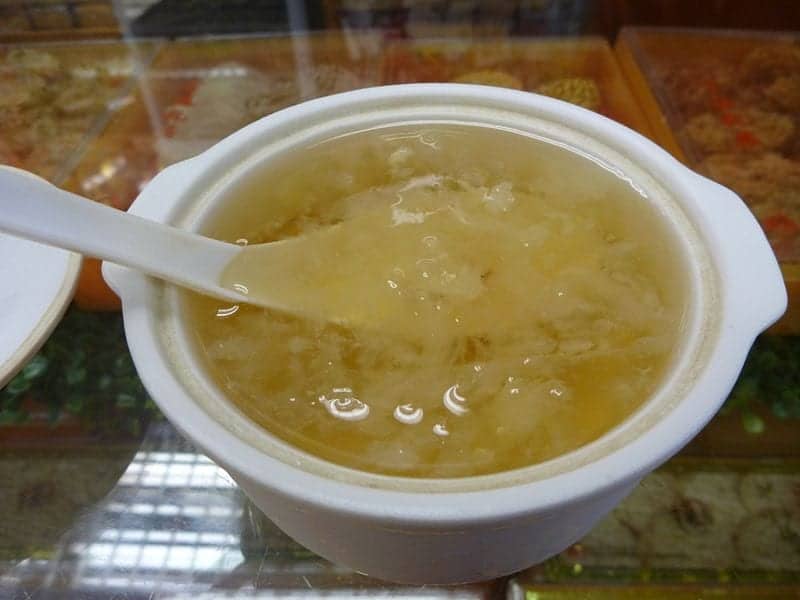