10 Traditional Russian Foods You Must Try 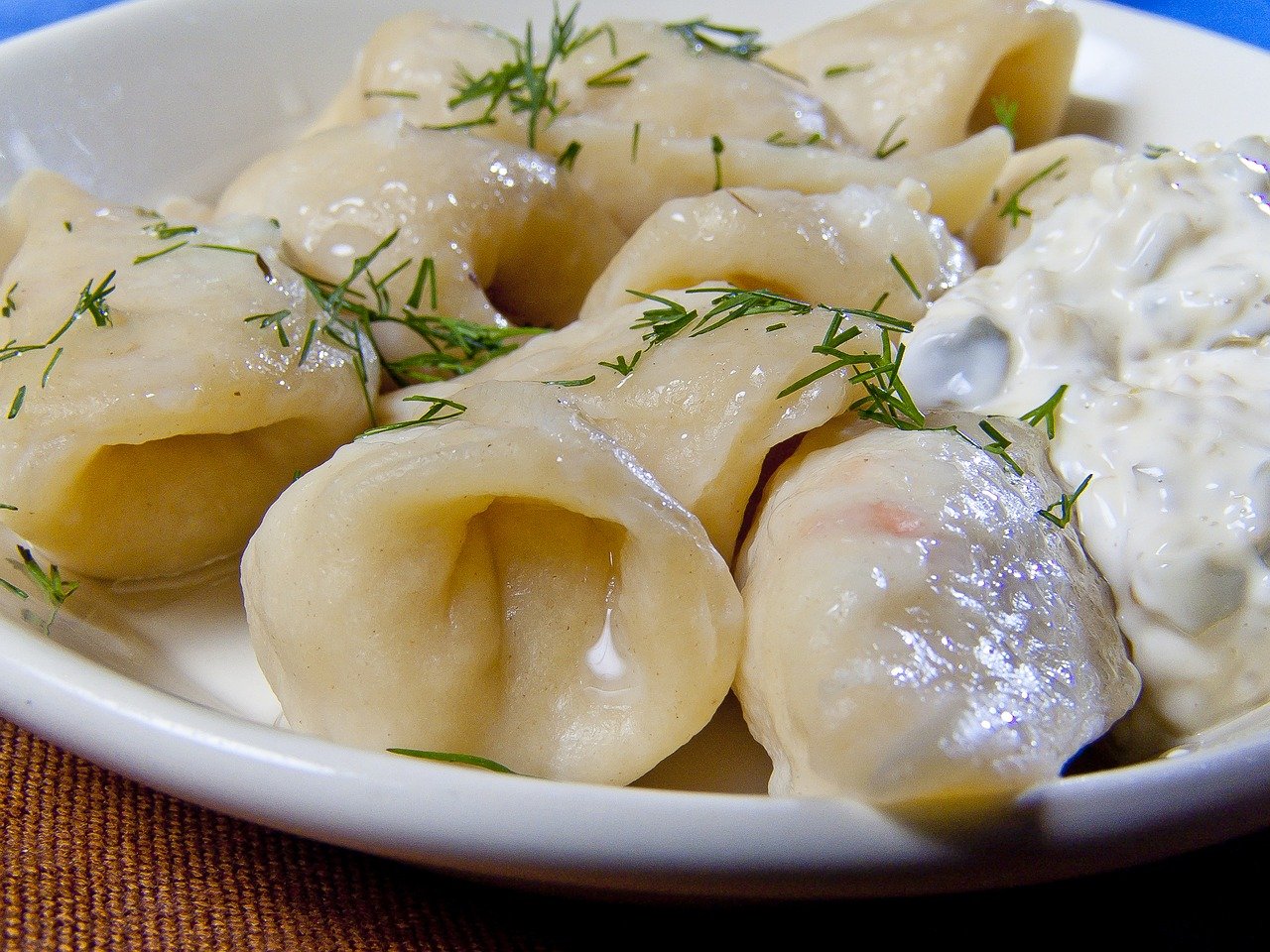 When you think of Russian food you likely don’t put it on the same level as Italian, French or Mexican cuisine which is significantly more popular globally.

However, Russia’s influence across the world is very apparent particularly throughout Eastern Europe and central Asia.

In fact, many of Russia’s most famous dishes share a lot in common with Eastern European countries such as Poland, Hungary and the Baltic states.

Russian cuisine use a lot of common ingredients such as pork, beef, lamb, chicken, fish, potatoes and root vegetables. Porridge and bread are also common, and sour cream accompanies many dishes.

Vegetable soups and stews play a particularly important role in Russian cuisine. In fact, a meat and potato stew is probably what most people picture when they think of typical Russian food.

Our list of must-try traditional Russian foods aims to really showcase how vibrant and delicious Russian cuisine is. Here are our absolute must try Russian dishes.

Pelmeni is known as Russia’s national dish and if you enjoy dumplings you will love these because they are essentially Russia’s version of dumplings.

Pelmeni are small bite-sized treats of different fillings wrapped in a thin layer of dough. They can be both savoury and sweet, depending on how you like them.

A Pelmeni has soft thin dough that is often filled with pork, beef or even fish. It can include various spices, vegetables and Garlic. They are most commonly served with a side of sour cream but there are variations of the Russian dish depending on the region.

Here is a delicious Pelmeni recipe to try.

A Salad Oliver is an easy-to-make version of the potato salad which is a staple in Russian cuisine. The dish is commonly prepared with various meats, carrots, potatoes, eggs, pickles, peas, onions mixed with mayo.

The Salad Oliver was created in 1860 at a French restaurant called Hermitage in Moscow by a man named Laurence Oliver. The recipe became popular after being featured in the 1897 book, A Guide to the Study of the Foundations of Culinary Arts, which had an updated version of the popular recipe that substituted tongue and caviar for more simple ingredients like potatoes.

This is the most popular version that is cooked today. Here is a simple to make Salad Oliver recipe to try.

Solyanka is a 15th Century Russian dish also known as the hangover soup by many locals. The soup can be made with fish, hot dogs, smoked pork, mushrooms or beef and boiled with carrots, celery, onions, parsley, pickles, blended tomatoes and various spices and peppers.

The soup is also quite popular in Germany and you may find canned versions of it in German supermarkets.

Check out an amazing Solyanka soup recipe you can make at home.

Cherburki is also known as a turnover. It’s a special Russian dish that you don’t need many ingredients for and is easy to make. It is made with beef or pork with herbs, onions, seasoning, and parsley that is covered in a soft dough, folded and fried to perfection.

Cherbureki can be frozen and enjoyed for many lunches to come. It is quite popular in countries such as Turkey and Lithuania too.

Here’s an easy to make beef or pork Chebureki recipe for your next lunch.

Borscht is a delicious Russian belly-warming beetroot soup that is made with common food items you may find in your fridge such as tomato sauce, potatoes. cabbage, beets, carrots, onions and beef.

This soup is great to serve to your family to keep them warm during a cold winter’s day. You can season it with ingredients such as salt, pepper or sour cream for an amazing taste.

Even though Borscht is often connected with Russia, it is believed that its origins come from Ukraine. The word is said to be loosely derived from the Slavic word for cow parsnip.

Here’s a traditional delicious passed down Borscht recipe to try.

Blins, Blinis or blinchiki are sweet traditional Russian Pancakes. Blins are very popular in Russia with a holiday similar to Pancake Tuesday but for a week called Maslenitsa.

It’s held every year to celebrate the start of Spring. In a pre-Christian Slavic era they were very common to eat during the end of winter to celebrate the rebirth of the new sun. This is where Maslentsa their pancake week started and how Blins became synonymous with Russia.

Check out this simple Blinis pancake recipe from the BBC.

Beef Stroganoff is one of the most popular traditional Russian dishes commonly eaten around the wintertime. There are various ways to make the foodie favourite but it commonly involves meat chunks, pasta or noodles covered in a creamy delicious sauce.

The recipe for beef stroganoff was first published in an 1871 cookbook A gift to young housewives by Elena Molokhovets. The origin of who created the recipe if unclear but the dish became popular worldwide post World War 2.

Here’s a recipe for a nice beef stroganoff that will become a staple for your Russian dinner nights.

Kotely is essentially Russian Burgers but is also popular in Poland. Kotely is the Polish word for cutlets or chops. Its made with ground beef filled with onions, egg, garlic, vegetables and the meat patties are fried. These are great to make for friends during the summer.

Here’s a recipe for Kotley you can make for your friends.

This is a very tasty Russian sponge cake dessert with various layers that can be made with ingredients like a biscuit, honey, milk, cinnamon and butter and sour cream or whipped cream.

You can freeze the cake once baked for that cold delicious taste. Its also known as Medovik and it was created in the 19th century by a chef who wanted to impress Empress Elizabeth of Russia, Wife of Alexander the 1st.

She hated honey but yet she fell in love with this cake that was made for her. The cake became quite popular during the Soviet era and is quite a tasty dessert. If this cake impressed royalty, it may also impress you with its unique delicious honey taste.

Here’s a tasty recipe for an alternative version of the popular Russian Honey Cake.

Shashlik is a Russian kebab meat skewer, the recipe for this Russian cuisine has so many ways to make it, with varying ingredients because the recipes are passed down from family to family with their unique styles.

You can make this dish with lamb, garlic, onions, pepper and parsley. You can marinate the meat with various sauces. Shashlik originated in central Asia and became a popular Russian dish around the 19th century.

You can buy it from Russian street vendors, takeaways and sometimes in restaurants if you ever decide to visit Russia and try their popular dish. 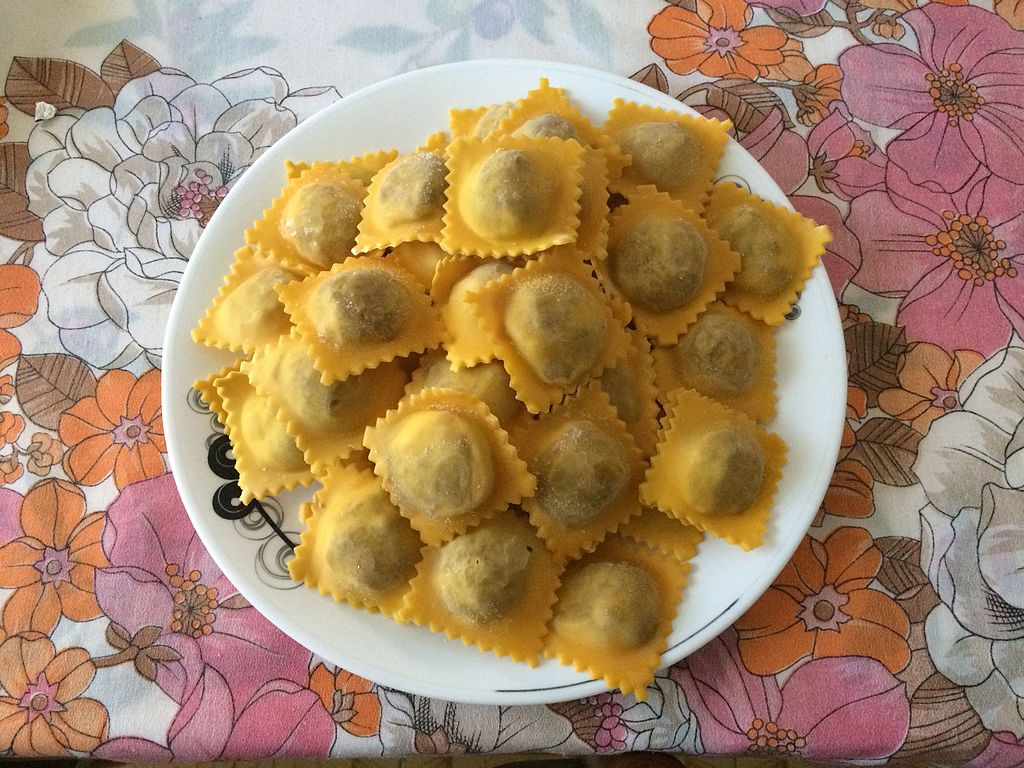 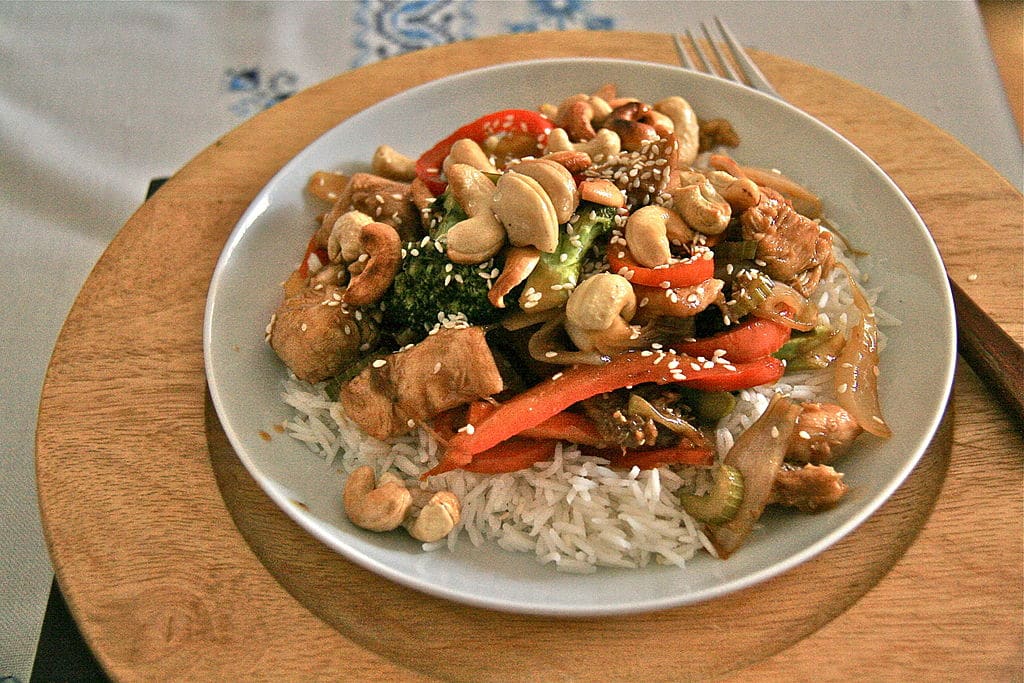