11 Traditional Foods of South Africa You Must Try 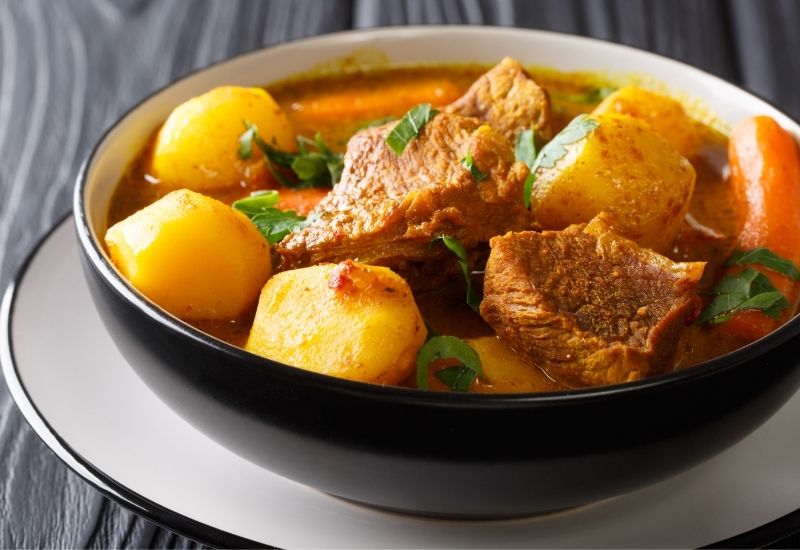 Located on the southernmost tip of Africa, The Republic of South Africa is a country which boasts of great natural beauty, varied topography and a multicultural society.

Being home to people with diverse cultures, languages and religions, South Africa has a very colorful and delectable cuisine. The indigenous cuisine is influenced by Dutch, French, Malaysian and Indian culture bringing a vibrant flavor to every dish.

So if you are planning a trip to South Africa and want to explore the true flavors of this multicultural nation, we bring you a list of the 10 best dishes which are guaranteed to give you the complete South African experience.

Biltong is cured meat served as a spicy snack in South Africa. Originating as a method of meat preservation by the indigenous South African tribes in the early 19th century, Biltong has emerged as one of the most loved dishes in the current times.

Traditionally prepared from beef cured with salt, vinegar and spices and then hung to dry, Biltong is great for health due to its high protein and low fat content. It is also prepared with other varieties of meat like ostrich, chicken, venison and even wild boar.

Boerewors is another delectable South African delicacy which literally means “Farmer’s sausage”. Prepared with minced beef, pork or venison or a combination of different meats, these sausages are packed as a continuous spiral.

Featuring a blend of authentic flavors of spices like black pepper and coriander mixed with the minced meat, it is a total favorite at any South African barbecue or braai. So do get a taste of this delicious sausage at any festival or event on your next trip to South Africa.

This traditional South African dish was initially developed in the 17th century and has an Indo-Malay origin. It was developed by the fusion of various cultures and cooking methods when the Dutch and French brought slaves from Indonesia, Malaysia and India and settled in Cape town.

Featuring a blend of local and exotic flavors, this dinner-time favorite consists of spiced mince curry, an egg-based topping, and dry fruit like almonds and raisins that are added to give its characteristic sweet and spicy taste.

Bokkom is another interesting South African dish that comprises mullet fish which is sun dried, salted and served whole. Hailing from the West Coast region of South Africa, bokkom is served as a snack or used in other dishes like pastas and soup.

Ostrich egg omelette does what it says on the tin! Compared to a typical chicken’s egg, ostrich eggs are absolutely ginormous and weights up to 5 pounds.

They have lots of health benefits and a sweet, intense, buttery flavor that you can really taste in a dish where egg is the principle ingredient. That’s why ostrich egg omelette is so popular, and also one egg can serve many people!

It completely satiates the sweet tooth and is a favorite among the locals. Originating in the Cape, this delicacy is believed to have been developed by the Dutch.

It is normally served with vanilla ice cream is a total delight for sweet lovers. We highly recommend this must-have on your next visit to South Africa.

Milk Tart is another mouthwatering dessert which is so popular amongst the South Africans that they have dedicated an entire day to it.

Official milk tart day is celebrated every year on the 27th of February signifying the importance of this dish in South African cuisine. This milky delicacy consists of a pastry crust, filled with a creamy mixture of eggs, milk and sugar, which is traditionally sprinkled with cinnamon to give it its characteristic flavor.

Its typical ingredients include meat and vegetables that are cooked in huge pots and serve many people. Emerging as a dish cooked during outdoor trips it has made its way into the hearts of South African people becoming an important part of the cuisine.

It is usually celebrated as a social activity in which communities gather to share their food on weekends. Although almost any kind of meat can be used, the traditional braai is made using Karoo lamb meat to get the genuine South African flavor.

Chakalaka is a spicy South African dish made essentially with vegetables like carrots, tomatoes, onions and beans spiced with peppers, chillies and curry powder.

Believed to have originated from Johannesburg, this spicy relish is widely loved throughout the country. It is usually served cold as a spicy sauce with braai. So, have the spicy chakalaka sauce with braai and boerewors and indulge in its spicy aromatic flavor.

Various versions of vetkoek are available with sweet and savory fillings. The sweet ones are filled with sugar or jam while the savory ones have curried mince, chutney and boerewors in them.

Their delicious aroma will not allow you to walk past a shop without having one.

So if you’re interested in an escapade to a land with serene beaches and beautiful landscapes, we highly recommend South Africa. Enjoy the colors of the ideal travel destination and indulge in the authentic flavors of their cuisine.

With a wide variety of landscapes, a multicultural society and very flavorful and delectable cuisine, South Africa will not disappoint you. 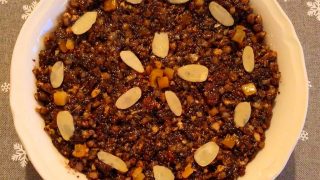 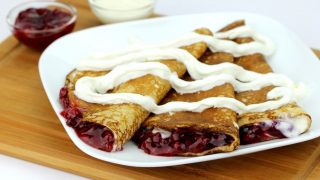