7 Maltese Foods Everyone Must Try! 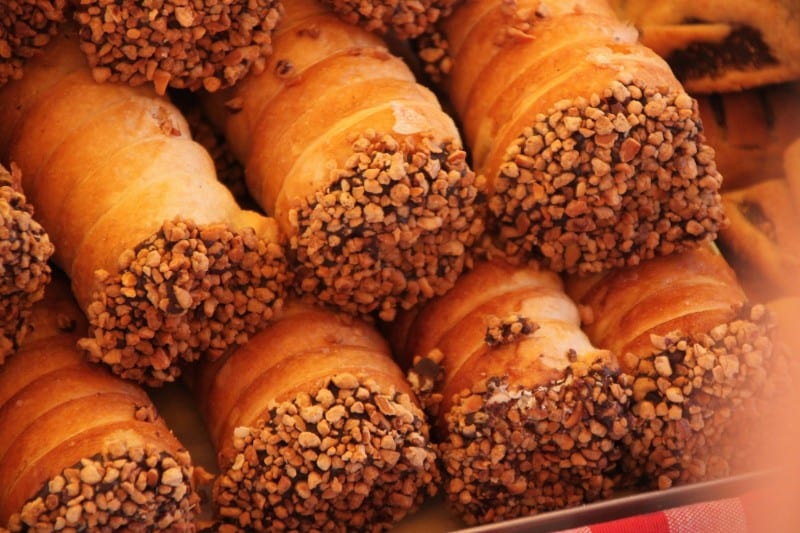 The island of Malta is a magical place, not only because of its unique island scenery, but also because of the incredible food it has to offer.

However, if you’re visiting as a tourist and eating at some of the local restaurants, there’s a chance that you might miss out on some of the more traditional cuisine options founds in the area, and oftentimes those are the most delicious dishes!

If you really want to experience the full culinary potential of Maltese food, then you need to eat the same stuff that the locals would be eating at a family get together.

Unfortunately, not everyone has a Maltese grandma who can do the cooking for them, so you might need to play that role yourself with the help of a bit of guidance and creativity.

With that said, here are seven traditional dishes that a Maltese grandma might actually prepare for you if you were to stay with her for a week:

This is easily one of the most savoury Maltese dishes you’ll find, with an unforgettable aroma and taste that will have you wishing that you had a Maltese grandma all along.

If you’ve ever visited Malta, then you know that the streets often smell of fresh soup and stews because this is a very popular style of cooking in the area.

Many Maltese matriarchs leave broths to stew from about mid-morning to afternoon on a slow cook.

In terms of popularity and reputation, Soppa Tal-Armla is considered to be the signature soup of the island as it has a rich history of being the go-to low-cost recipe of the region.

The ingredients list can vary, but generally it is made with white and green vegetables such as broccoli, cauliflower, and peas mixed with other vegetable like carrots and potatoes in a broth that is based on tomato paste – which is referred to locally as kunserva.

Maltese grandmas don’t make soups as starters or appetizers. Instead, they’re often the main entrée in the meal, so keep that in mind as you load up the soup with chunky ingredients.

You can’t mention Maltese cuisine without talking about Timpana, which is essentially a fancy macaroni and cheese casserole that is enclosed within a crispy pastry.

Achieving optimal golden-brown flakiness is the goal for the exterior, while the interior should be gooey and cheesy to the maximum.

Maltese grandmas have traditionally leaned on this recipe as a go-to dish going back to the days when women used to prepare meals to share communally, thanks to its affordability and the fact that it feels you up quite quickly.

The recipe was taken from Sicilian cuisine and nowadays is served as a component in a traditional Maltese Christmas lunch.

It’s common to see this dish served alongside turkey when it is prepared during the holidays.

The preparation is rather simple, as most grandma-made meals are: simply mix penne pasta with a tomato, meat, egg, and cheese sauce, place the mixture in a casserole dish, wrap within a shortcrust pastry dough, and top it with puff pastry before baking to a perfect crispiness.

Torta tal-Lampuki is a remarkable fish dish that is based around the locally popular lampuka fish.

This fish is also commonly referred to as mahi-mahi or dolphinfish and can be found in abundance swimming between Malta and its sister island of Gozo between the months of August to November.

Maltese grandmas are all too familiar with this species of fish and have been preparing variations of this dish for hundreds of years due to its widespread availability on the island.

If you’re visiting Malta during the aforementioned months, you can often find street vendors selling the fish in bulk for heavy discounts.

The fish can either be fried or oven-baked and is usually served alongside a rich and flavourful tomato-based sauce that contains onions, capers, fresh herbs, and olives.

However, an even more traditional approach that a Maltese grandma might take would be using the fish as part of a pie with spinach, olives, and any other flavourful ingredients that are laying around.

Due to the room for variation, many Maltese families have unique lampuki-based recipes that are handed down from generation to generation.

If you’re going to be making this dish while visiting the island, you can find some of the best lampuki deals in the quaint fishing village of Marsaxlokk.

Pastizzi, which is pronounced Pastizz when referring to the singular form, are traditional pastries that have been historically prepared on the island since the 18th century.

They’re a lot like croissants in that they have a that recognisable crispy, golden-brown flakiness that everyone loves, but they’re usually stuffed with mushed peas or ricotta cheese.

While many grandmas do make these at home, if you’re visiting the island, then you’re more likely to find them being sold at local bakeries called pastizzerias or tuckshops, one of the most famous of which is Crystal Palace in the village of Rabat.

If you’re in the Rabat area during your Maltese vacation, you could also enjoy the city’s entertaining night life as there are a number of nearby clubs to visit.

If you’re planning on making this treat at home, it’s a fairly simple dish to prepare, but you might not wind up emulating the exact flavour of the traditionally prepared variants your first time around. The key is to get the outside crispy while drying out the interior.

While you might be familiar with the traditional Christmas Log that is prepared in other countries like Belgium, France, and Germany, the Maltese version is a bit different.

If you were to visit a Maltese family’s home for a couple of holidays, you’d eventually encounter their unique rendition of  this recipe which consists of biscuits that have been crushed into crumbs, nuts, dried cherries, condensed milk, and liquor, all rolled into the shape of a log and covered in a coating of melted chocolate.

In most cases, this dish is served cold after being chilled overnight, but it can also be delicious when served warm alongside a glass of cold milk.

Every Maltese grandmother will tell you that these delicious logs are a must-have for a traditional Christmas Lunch on the island.

If you’ve been looking for an interesting dish that will satisfy your sweet tooth, this is probably the best candidate within the broad spectrum of Maltese dessert cuisine.

Fenkata is the region’s signature rabbit stew that has been popular since the Middle Ages due to the long-standing affordability of rabbit meat in the region.

Maltese grandmothers can tell you first-hand that rabbit was considered “beef for the poor.” Today, the dish is still an economic option if you’re sourcing ingredients on the island, although obtaining fresh rabbit meat may be a bit more difficult in other parts of the world.

Due to the island’s bustling population of wild rabbits, the dish became highly popular during the 18th century after the local government lifted the hunting ban. In fact, this recipe is so beloved here that may people refer to it as Malta’s national dish.

If you want the authentic version, you’ll need to split it into two courses. The first one is a large bowl of spaghetti with rabbit ragu, herbs, and wine.

The second and main part of the dish is the rabbit meat itself, served alongside a similar ragu sauce alongside some peas and potato fries.

The village of Mgarr has some excellent professionally made versions of this dish, so if you’re on a Maltese vacation, that would be the place to go for the most authentic representation of fenkata.

Finally, we can’t conclude this list without mentioning one of Malta’s most popular pastries – the kannoli, which are essentially cornets that are filled with corn.

While that might not sound like a dessert, the sweet ricotta and cream-style corn combined with the sugar-coated exterior makes it a definite go-to for anyone who wants a quick and delectable snack.

One of the most reputable places for buying authentic kannoli in Malta is the Fontanella bakery located in the village of Mdina.

There you’ll find the kind of preparations that you’d normally only find coming out of the kitchen of a real Maltese matriarch.

These wonderful pastries are often served at the island’s fine cafes, and replicating the exact flavour that these establishments have refined over decades might not be the easiest thing to do at home.

However, with a bit of practice you could be preparing traditional Maltese kannoli that will have you feeling as though you just got back from a vacation at your Maltese grandma’s house. In many places on the island, they’re only served during public holidays or on Sundays, so keep that in mind if you’re planning out your meals within a travel itinerary.

Malta is a Melting Pot of Culinary Influence

In closing, everyone should be able to find a traditional Maltese meal that suits their preferences because the island is home to a diverse mix of culinary influence, with contributions coming from British, French, North African, and Mediterranean recipes.

The flavour variation between recipes is so pronounced that you might even think that you’ve travelled to another country from one day to a next.

With the seven traditional recipes above, you’ll have an entire week of menu options lined up, so you’ll be prepared for a an extended stay in Malta or just a culinary adventure from the comfort of home. 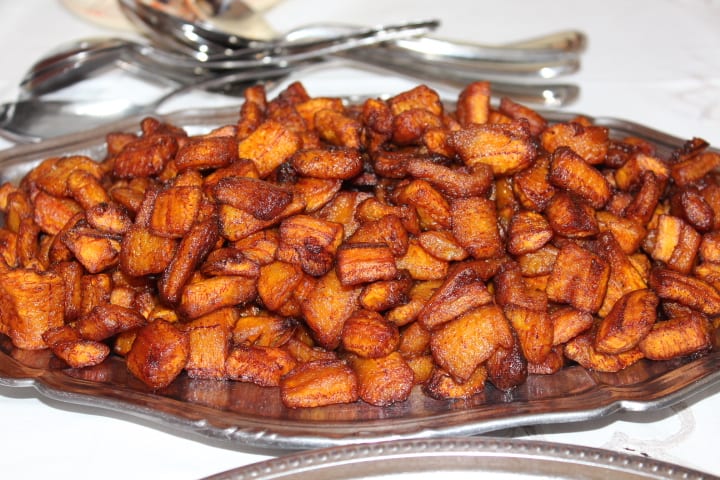